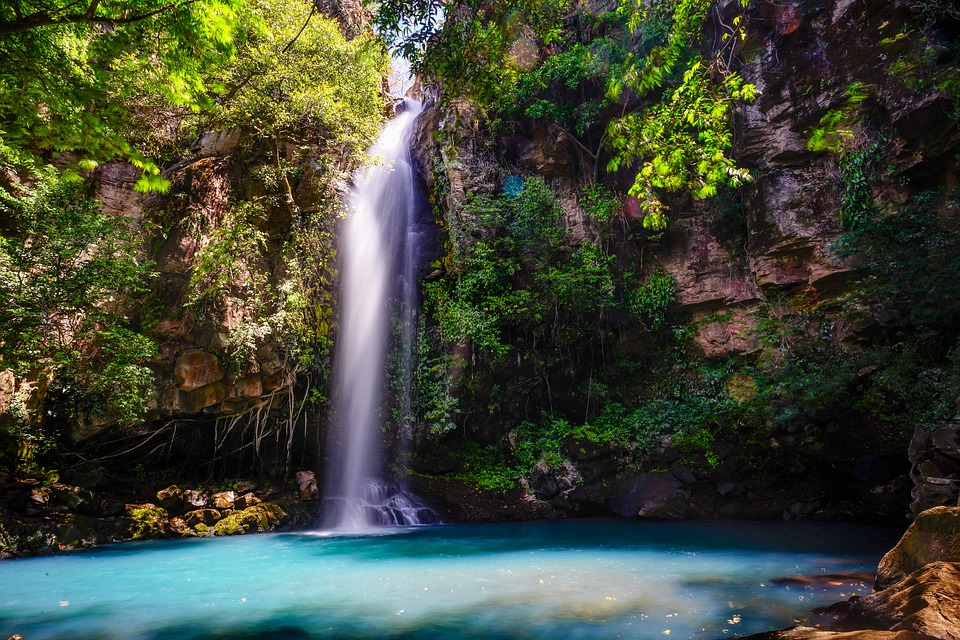 Spearfishing is a fishing method that has been used all over the world throughout the years. A long time ago, people used to catch fish using a simple stick with a sharp edge. Spearfishing has evolved over the years and although the concept is the same as old times, spearfishing experts have developed techniques and equipment for better fish hunting.

Nowadays, spearfishing has become more than just a fishing technique. In certain spots of the world, spearfishing trips can be an unforgettable lifetime adventure. It’s an extreme water sport that’s for the bold and the brave. If you’re passionate about fishing, water, and thrilling sports then spearfishing is a must try for you!

Costa Rica is known for many water activities and spearfishing is a highlight for fishing lovers. Once you try spearfishing excitement in Costa Rica, you’ll probably never want to use a fishing rod again.


In this section, we’ll go over the best spearfishing locations.

Manuel Antonio is a small oceanside village in North Puntarenas. It’s a beautiful spot that attracts water sports lovers and adventure seekers. Its water is full of tropical fish and is also very warm, making it perfect for spearfishing. Many fish species are found in Manuel Antonio like sailfish, marlin, and other pelagic fish.

Los Suenos is one of the best spots in Costa Rica for both offshore and inshore fishing trips. While fishing in Los Suenos is great all year long, it’s exceptionally amazing starting December through March. The reason why it’s so popular is because of its unusually calm waters that make fishing a comfortable experience. In Los Suenos, you can catch many kinds of fish of quite large sizes.

Tamarindo is one of the hotspots in Costa Rica for spearfishing lovers. All year round, many tours and trips are organized in Tamarindo where you can catch many kinds of fish. The type of fish you can catch varies from one month to the other. All year long, you’ll find snapper stick while other kinds of fish are only found in specific times.

The Northern Caribbean is home to a lot of healthy freshwater fish. It’s an inexpensive, calm, and safe area that is free of commercial fishing pressure. Apart from spearfishing, which is a highlight in the Northern Caribbean, it’s also known for waterfall rappelling, surfing, snorkeling, diving, and whitewater rafting.

The Osa Peninsula is an incredible destination for underwater hunters, located in southwestern Costa Rica. It’s a small, untouched island and one of the most remote locations in the country.

Papagayo is another hotspot that attracts divers and spear fishermen. It’s located on the northwest side of Guanacaste. The Papagayo Peninsula beaches are safe and private. The great thing about its beaches is how warm they are all year long.

One of the reasons why Costa Rica is so popular when it comes to spearfishing is the wide variety of fish that are in its waters and that some of these fish types are quite large.

Nothing beats fresh fish served for dinner, don’t you think?

Here are some of the popular fish species that you might catch in Costa Rica.

Blue marlin is one of the most common fish that spear fishermen catch in Costa Rica. They’re strong and beautiful fish that require skill to capture because of how fast and aggressive they are. The average blue marlin is about 300 pounds of weight.

Blue marlin is most easily found in October, November, and December although some fishermen can find them at other times of the year too. The most popular spots to catch a blue marlin are Golfito, Drake’s Bay, and Los Suenos.

Black marlin is another highlight of Costa Rica waters. The average black marlin weighs 200 pounds and is very fast making it a tough catch. While black marlin is found all year long, it’s readily found from June through August.

Sailfish are easier to find than marlin fish types. They’re available all year long with their peak time being from January to July. Sailfish are leapers and have the awesome ability to change their color during hunting.

Because of their high speed and extraordinary jumping skills, catching a sailfish can be a bit of a challenge. Sailfish are most commonly found in Los Suenos.

Yellowfin tuna is a 100-300 pound fish that is found in Los Suenos and Quepos. They’re readily found all year long although the best months for fishing them are from June through September. The yellowfin tuna is always in motion and is also very strong. The delicious meat of this fish makes it worth the fight.

The roosterfish is a gorgeous looking fish with a fanning dorsel that weighs an average of 25-50 pounds although some can reach up to 100 pounds or even more. This type of fish is available all year round in Costa Rica with the highest density being from November to March.

The roosterfish is definitely an exciting catch because of how powerful it is. Most commonly, roosterfish can be found in Los Suenos and Papagayo Bay.

There are many different species of snapper in the waters of Costa Rica from 3-pound fish all the way to 100-pound types. The snapper fish is a shallow water fish that’s a  tough fighter.

One of the most exciting types to seek is the cubera snapper which is the largest of all types. Other types include dog snapper, mullet snapper, and spotted rose snapper. The snapper can be found all year long in Los Suenos and Papagayo Bay.

Before heading for a spearfishing trip anywhere, it’s essential to review the regulations of the area. In order to perform any type of fishing in the waters of Costa Rica, you must have a fishing license. The fishing license can’t be passed from one fisherman to the other because it comes with the owner’s name.

Spearfishing is an ancient fishing technique that’s eco-friendly and doesn’t require any gear that may harm the environment. The great thing about spearfishing is that there’s a way to do it for everyone.

In this section, we’ll review the three different types of spearfishing.

Spearfishing From The Shore

Spearfishing from the shore is the simplest and most common way. Shore divers hunt between 5 and 25 meters deep. The main challenge that spear fishermen may face is the big waves when entering and exiting the water.

Spearfishing From A Boat

Boats, kayaks, canoes, jet-skis, and other types of water vessels are used to access areas in the water that are difficult to reach when entering from the shore. This technique is similar to spearfishing from the shore when it comes to equipment used. Usually, along with the speargun, fishermen use snorkeling gear. Click here for a review on our top kayak recommendations.

Bluewater spearfishing is the most thrilling type of all three and is considered an extreme sport. This method involves diving into very deep, crystal clear water in an attempt to catch large pelagic fish.

This technique requires a lot of patience as you can stay underwater for hours before seeing a fish. Bluewater spearfishing is practiced in groups to ensure the safety of spear fishermen.

Choosing the right location for your trip can make all the difference when it comes to spearfishing. Costa Rica is a great choice for spearfishing lovers because of the different fish species in its waters.

Spearfishing is a breathtaking experience and whether you’re a spearfishing expert or you’re just trying out for the first time, spearfishing in Costa Rica is an unforgettable experience. If you would like to find out a more in-depth discussion on our recommended spearfishing gear click here to learn more.