Best Places to Spearfish in California 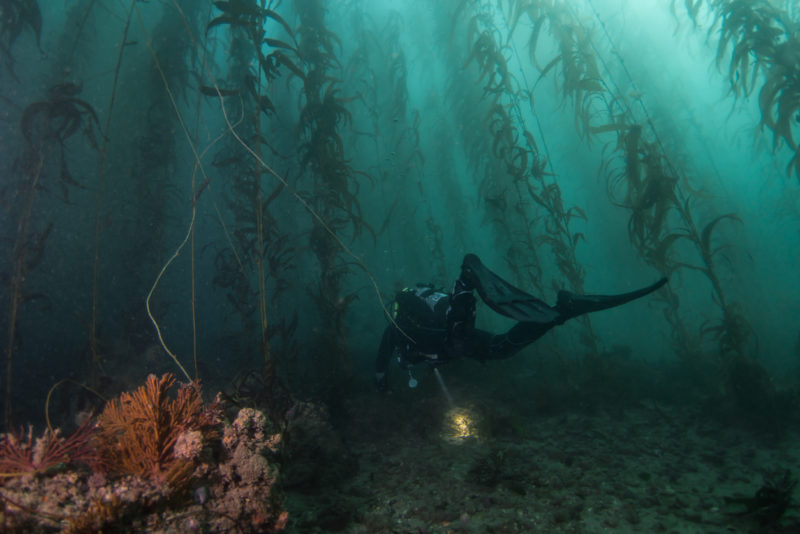 For line anglers and spear fishermen in Northern California, Lingcod is one of the primary fish targets. They are also known as Ophiodon elangatus (scientific name). These species of fish are one of the biggest fish in Northern California with great eating qualities. Sometimes the most difficult endeavor in spearfishing the Ling Cod is locating their reproductive ground. In this article, we are going to discuss the most ideal places in the Golden State to spearfish.

Big Sur is another location along the Northern California coastline that has fish with a suitable size for spearfishing. This part of the state is known for the presence of thick kelp that rapidly grows through the summer. On the upside, the summer has calmer ocean conditions that allow better visibility for divers a few feet from the surface. This part of the coast is pure beauty. If you are willing to do a little hiking there are many places that have been hardly touched.

Glass Beach, Located in Fort Bragg, gets its name from the glass-like sand on its shores. This is because it once served as the town’s glass bottling pot and dump site. Diving in the fishing grounds is very easy as it is merely a few steps from the shore. The grounds are popular with spearfishers and abalone hunters. Moreover, there is also a great destination for divers and exploration.

Caspar Bay is a premier site where the local population suggests that the south side of the bay is a great spearfishing destination. Sea urchins and kelp encourage different types of pelagic fish to invade the grounds. This makes it one of the most productive fish and hunting grounds in Northern California. It features sandy bottoms and sand dollars that encourage kayakers and divers to consider it as a recreation zone.

Stewart’s Point. What can I say…this is one of my favorite places to scuba dive and to spearfish. I speared my first decent size lingcod off this point in about 30 feet of water. It was actually the end of dive and my buddy and I were on our way in. The visibility was great that day and the ling was just kicking back on a rock out in the open. I took a double take and moved in for the shot. I’m trying to find an old picture of my buddy and me after the dive holding the fish up with some kids that were fascinated by this prehistoric looking fish. Just to the south is Carmel River Beach and to the north is Butterfly House. All around this area is great diving and spearfishing.

Gerstle Cove is part of the stretch for shore diving. It is a great dive site being the home to the Gerstle Cove Marine Reserve. This area has great restrictions to fishing that makes it unpopular among spear fishermen.

Breakwater Cove is another great destination for spearfishing in the Golden State. Rockfish are available here in large numbers. The kelp abundance offers fish a great home in Breakwater Cove hence its popularity among spear fishermen in the United States. It offers divers great visibility with its glassy waters, especially in the early morning hours.

McAbee beach is a great destination for divers and fishermen alike. The abundance of life in these waters is breath-taking. Fish here are attracted by old pipelines that have now become artificial reefs for the great variety of fish in the grounds. Kelp beds and sandy bottoms further encourage reproduction of fish in the McAbee beach. There is also a host of other sea-dwelling creatures that include crustaceans and invertebrates. It is also popular for other recreation types as the sights at McAbee are simply premiere.

It is hard to find many more places with the adequacy of Bass and Bluefin Tuna that is available in Southern California. The Southern California fishing charters can be found all along the coast from the border, all the way up to Santa Barbara. The Los Angeles area, San Diego and Dana Point are host to a horde of the largest and most widely recognized charter fleets in the United States. Many of them also share fishing and breeding grounds.

It is difficult to say that you will be party to some of the best angling in Southern California with the diversity of opportunities. In fact, you might find it rather difficult to find a starting point with the variety of lakes, rivers, reefs, islands and an endless deep sea. The locations described below might make your selection easier and give you an idea of what it is like to fish in Southern California.

Hunting Sea Bass in southern California is interesting. However, it is also coupled with the challenge of finding spearfishing locations. The White Sea Bass is the main fish target in San Diego and is also famous for their resistance to the bait. This gives the fisher a great sensation after catching it in the blue waters. The month of June and early July are the best months to go spearfishing in San Diego. The two months have tides that are calmer than the rest of the year and bigger schools of fish, making baiting much easier.

Catalina Island, a boat ride from San Pedro Harbor is an ideal location to go spearfishing in southern California. Yellowtail is the common fish here in a spot that is two miles off the shore. They are found between 70 and 80 feet deep and are very wary of intruders. These make spearfishing these fish quite an uphill task. However, with the right instruments and a skilled diver, it is always a thrill to catch the Yellowtail that often get tangled in the kelp.

The fisherman has to be very patient with little flapping to avoid scaring them off as they are swift and hard to spear when they are on the move.

Santa Monica Bay is also a major go-to-fishing location with more than 30 different types of game fish. The species found here include the Calico Bass, Barracuda, Halibut and some Rockfish. However, the larger types of fish like Barracuda and Yellowtail frequent the bay in summer. Given its easy accessibility, the bay is a great location for spear fishermen. In addition, the south end of the bay on Palos Verde Peninsula is popular with fish like Yellowtail, the White Sea Bass and many more.

Horseshoe Kelp on the shores of Southern California also boasts of Yellowtail, White Seabass and many more species. Boats running from Long Beach and the Newport Beach have easy access to these fishing hotspots. The grounds offer every kind of fish from Yellowtail to Seabass and Rockfish. In early fall and summer, the big game fish swim to these grounds. These fish include Tuna and the Mahi Mahi fish.

Huntington Flats is another hot spot for the Southern California fishing charters. There is a wide variety in the bottom structure in these fishing grounds that give them the wide popularity. The sandy sea floor, flat shale, underwater shelves, oil drilling platforms, artificial reefs, shipwrecks, kelp beds and sunken airplane attract all shapes and sizes of fish to these fishing grounds. A variety of the most popular fish around these grounds include the Seabass, Halibut, Barracuda, Rockfish, and Yellowtail.

Another hot spot for spearfishing in southern California is the Point Loma and La Jolla. These fish grounds are right from the dock of San Diego. There are miles of Kelp forests extending between them that draw hordes of game fish right to the doorstep of San Diego. Types of fish that can be found here include the Halibut, Calico Bass, Barracuda, Rockfish, and Yellowfin Tuna.

Catalina and San Clemente Islands sum up deep sea fishing for California. It stands 20 miles offshore and is party to full day charters by a lot of towns from Los Angeles to San Diego. From April to November, the deep seas fill with Barracuda, Mahi Mahi, Sharks, Yellow Fin Tuna, Yellowtail, and Marlin attracting anglers from all over the country. Overnight trips to deeper waters that are beyond sixty miles provide anglers with the unique opportunity to catch Albacore Tuna. This happens towards the end of summer.

The Pipe is a fishing spot off the coast of Dana Point. It is an excellent spearfishing spot with the diversity of game fish that is found in its fishing grounds. It is located just a few miles beyond the harbor. The underwater spill pipe has slowly grown into an artificial reef that hosts a horde of game fish including Calico Bass, Rockfish, Sand Bass and more. The Pipe, just like Horseshoe, Kelp and the Huntington Flats is synonymous with inshore fishing and has a good reputation up north.

Rules and Regulations for Spearfishing in California

California arguably has the highest regulated fishing grounds in the world today. It is important to keep up with the ever-changing regulations as a spear fisherman in the Golden State. Section 18 of the California Fish and Game Code sets limits on the size of bags and the maximum limit in amount and number of fish, mammals, reptiles, birds or amphibians that may be taken by one person lawfully in a specified period of time.

The limits on the possession and bag size are frequently changed so you must keep up with the changes in regulations, especially for fish. It is important to pay attention to the changes in either bag limit or possession limit to make sure that you do not take more than the authorized limit. For example, a spear fisherman is allowed to catch no more than three White Sea Bass in a day. Section 19 defines the possession limit that refers to the maximum number of fish that one is allowed to possess lawfully. The fine fishing with no license comprises base fine, court fees, county and state penalty assessments that are generally $485. However, this amount could go higher.

The California code of regulations Title 14 in section 4, contains rules pertaining to the legality of bait. An example is that processed foods are legal in inland waters. The authorized fishing hours run from thirty minutes before sunrise to a half hour after sunset. Any shooting outside this time limit is illegal.

Spearfishing is a popular activity in California with the great variety of fish available in their waters. It is important to know the types of fish available in the different fishing grounds along the coast of California. It is also critical to be wary of the types of fish that are regulated by the authorities. It is hard to choose between the numerous fishing destinations in the state of California as they are all unique and have large numbers of game fish. I hope this article will be of use to you the next time you want to take a trip to one of these destinations. 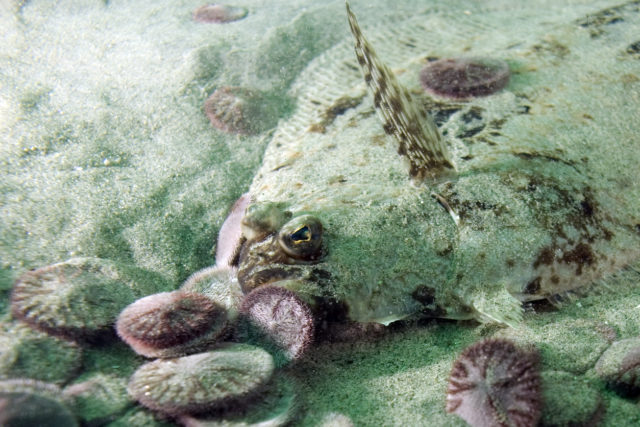 How To Spearfish For California Halibut 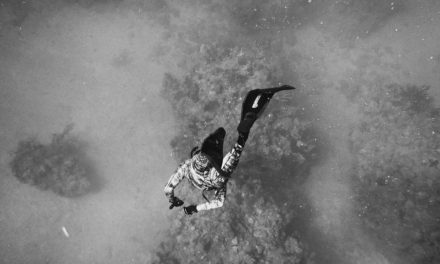 A Guide To Freediving Gear [For The Beginner] 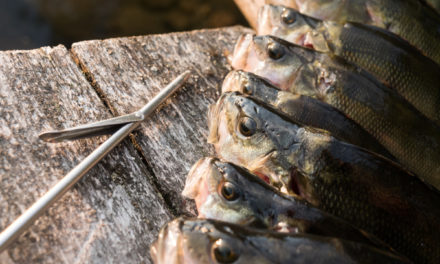 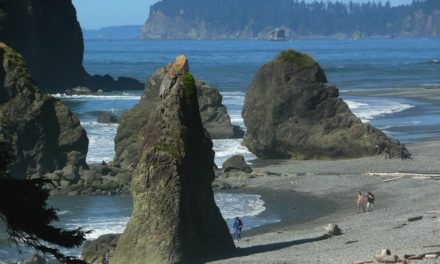 Washington Spearfishing: The Best Places To Spearfish In Washington (and types of fish)

Some recommended products may use affiliate links. Spearoscout.com is a participant in the Amazon Services LLC Associates Program, an affiliate advertising program designed to provide a means for sites to earn advertising fees by advertising and linking to Amazon.com. Amazon and the Amazon logo are trademarks of Amazon.com, Inc or its affiliates.