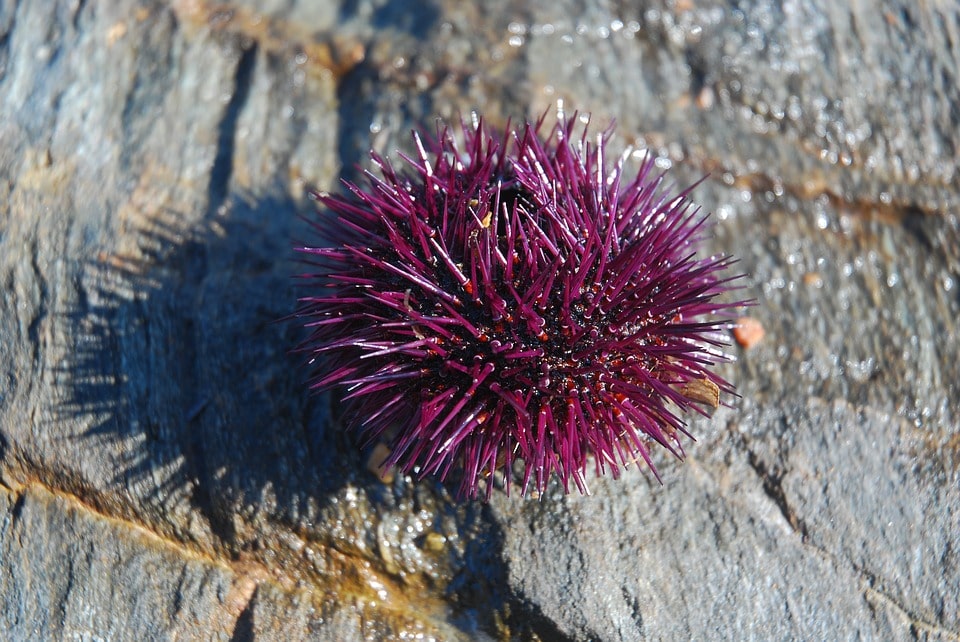 Sea urchins are often referred to as the ocean’s ‘edible pincushions.’ These invertebrates are considered a great delicacy by many people around the world. They’re one of the main parts of Japanese cuisine, where they’re typically referred to as ‘uni.’

Even though they’re consumed worldwide, many people are still wary of this spiny marine. One common question on people’s minds is, “Can you eat sea urchin and how does it taste?”

Quick answer: yes, you can. They’re even extremely tasty. Keep reading to find out more about these fascinating animals.

What Are Sea Urchins?

Their bodies are round-shaped with a pentaradial symmetry configuration. This five-sided symmetry corresponds with the water vascular system that urchins use to move around from place to place. They also use it for respiration, as well as for the transportation of nutrients and waste.

There are over 900 species of sea urchins. They typically grow to a diameter of about 3 to 10 inches and weigh an average of 3.5 ounces.

There are three main species used for food: red, purple, and green urchins.

The red sea urchin is the largest species in the world. They’re found typically on the west coast of North America.

The second-largest species is the purple sea urchin. They’re the common intertidal species found on the western coast of Alaska in the north down to Baja, California.

Finally, there are the green sea urchin species. Green urchins are the most popular type used for eating. They’re also found in more areas worldwide than any of the other types.

Starting in the eastern Pacific, they can be found as far north as Alaska, Greenland, and Iceland. They can also be found westward all the way in Korea and Japan, and many places in between.

Can You Eat Sea Urchins? 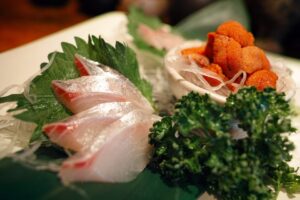 Sea urchins are prized worldwide for their fishy-tasting flesh and roe, which has a musky, briny flavor. They can be served sashimi-style or used in sushi.

The only edible part of the urchin is its five pieces of reproductive organs on its inner walls. They’re called the ‘gonads.’

During the colder months, the gonads have a creamy and custard-like texture. Then, as spring rolls around, they gradually become firmer. They also start developing a more granular feel as the roe starts to develop in preparation for the spawning season.

Raw sea urchins can be garnished with salt, bullet, lemon juice, and shallots. You can also marinate them with a bit of oil and yuzu, a type of Japanese lemon juice. This dish is known as ceviche.

Sea urchins can also be used as a delicious substitute for shrimp, lobster, and other types of seafood. They’re used to add a unique taste to traditional dishes by various chefs around the world.

The French are known for serving urchins with crusty bread and butter. In Italy, they add them to spaghetti dishes, along with a touch of butter and a squeeze of lemon. There are other countries as well that serve urchins, each way more tantalizing than the next.

How Do Sea Urchins Taste?

Fresh sea urchins taste sweet and creamy. They typically have a delicate flavor with a custard-like melt-in-your-mouth kind of texture. You’ll also find an unmissable briny undertone to it. Yet, they shouldn’t taste or smell ‘fishy.’ Some species of urchins have a jelly-like consistency to them, similar to that of rich egg yolks.

When sea urchins aren’t fresh, they tend to taste bitter and have an ammonia-like aroma. Some have a slimy texture and an unpleasant fishy smell.

The Reason Why One Is Never Enough

I’ve dined with friends who say their problem with urchins isn’t in how they taste, but that they simply can’t eat just one! The reason? Uni has a chemical called ‘anandamide.’ This chemical neurotransmitter causes a euphoric reaction quite similar to that caused by using cannabis.

That being said, the amount of anandamide in uni is extremely small. So, while you may feel a slight sense of bliss when you eat urchins, it won’t make you high. 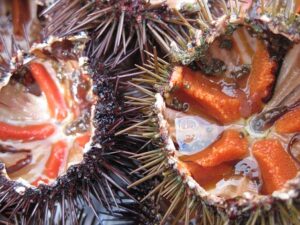 Here’s a fun piece of information that may surprise you: there are about 18 edible varieties worldwide. Each one has a unique color, smell, and texture.

They do, however, have one thing in common: the gonads. To enjoy the delicious taste of sea urchins, you have to separate the five orange-colored pieces of meat on the inner walls of their spiny shells.

Before you begin, it’s better if you wear gloves to protect your hands from the sharp spikes. When you’re ready, carefully pick it up and make a hole on the flatter side of the urchin using scissors or a knife.

Allow the liquids to drain, then make a circle in the bottom part of the spiny shell. Work slowly and carefully around the spikes. The next step is to remove and throw out the base, as well as all the internal parts. When you’re done, gently wash it off with running water to remove any remains of the inedible parts.

Now that all that is out of the way, you’ll see the five orange-colored slices attached to the inner walls of the shell. Use your fingers or a spoon to scrape them out and place them in a bowl. You can now prepare them any way you like.

Why Are Sea Urchins So Expensive

There are many reasons why sea urchins are expensive. Let’s see what they are.

Sea urchins are high in minerals and nutrients. They get them mainly from their kelp diet, just the same as other marine invertebrates.

Not only that, but urchins promote good blood circulation. They also reduce high blood pressure and boost the immune system.

Some of the nutrients found in urchins include: 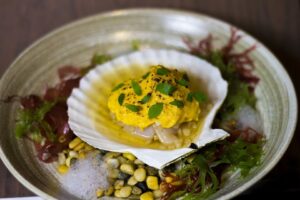 Now, when anyone asks you, “Can you eat sea urchins, and how does it taste?” you can tell them all about these delicate little gourmet foods. Tell them how urchins have a creamy, custard-like texture and fresh, briny flavor. Also, tell them about the delicious ways they can be prepared.

For first-timers, the whole experience can be a little bit intimidating. Yet, with such a rich and unique taste, it’s no wonder that food lovers hail these delicacies as an amazing culinary discovery!

If you liked this article take a look at Can You Eat Stingray and Can You Eat Eel and how do they taste?