Is A Spearfishing License Required In The US?

Is a spearfishing license required in the US? The short answer is in most cases is a regular fishing license is required to spearfish in the US. The exact fishing license can vary from state to state and additional “add-ons” may be needed. These “add – ons” could be for different types of fish or for a particular region of a state.

You also need a license for spearfishing because of the equipment you’ll be using. Spearguns for one come with many regulations and you can’t use one without a license.

Moreover, through getting a license, you’ll become more familiar with the regulations that you need to adhere to, ensuring that your spearfishing activities are legal.

During spearfishing, you should commit to the guidelines provided for safe and ethical practices. These guidelines and regulations differ from state to state but mainly depict the following subjects:

If you are interested you can check out the best spearfishing equipment by clicking here.

In each state, there will be rules regarding the size of the fish you can catch; either minimum size or maximum size. These regulations exist to ensure that fish are left to reproduce enough before they are caught so as to reduce the impact on fish populations and preserve their species.

Fish you are allowed to catch

Depending on the state, there will be a list of fish that you are allowed to catch and fish that you are prohibited from fishing. This helps states regulate the underwater ecosystem, making sure that the sport does not have a negative effect on the environment.

Areas where you are allowed to Spearfish

Some states prohibit spearfishing in certain areas like protected marine areas or freshwater areas. Some even prohibit the possession of spearfishing gear near the said area. This may be based on the type of fish residing in such areas and is an attempt to reduce harm to the ecological system of the environment.

Several states allow spearfishing for commercial purposes while others strictly prohibit any spearfishing for purposes other than recreational ones so it’s advised to check that your state regulations match your intentions before getting your license to make sure that any activities you carry out are legal.

You can easily find your state’s specific rules and regulations on several websites online.

So to put things simply, spearfishing without a license is considered to be a criminal offense in the US so, you will need a license to practice spearfishing in the US with varying regulations for each state.

In addition to your regular saltwater fishing license, you’ll need to get a lobster stamp if you intend on spearfishing in Florida. There are also a set of regulations you’ll need to follow, including the fish you’re allowed or not allowed to spear.

As for non-residents, those above 65 years of age will not need a license to spearfish as long as they comply by the state’s set out rules and have a valid ID on them at all times.

The areas you’re not allowed to practice spearfishing are as follows:

In addition to following the recreational saltwater fishing rules, spearfishers must not spearfish any of the following species:

Non-residents can apply for a short-term license if they intend on coming down to California for a spearfishing trip.

And while most fish are legal to spear, some fish you’re not allowed to catch out of season, and those include:

For more specifics on which fish you’re allowed to spear and when in the state of California, you can visit https://www.wildlife.ca.gov/Fishing/Ocean/Regulations/Sport-Fishing

Washington allows you to fish in both saltwater and freshwater with a permit. In addition to having to get different permits for fresh and salt waters, Washington offers a wide array of licenses for spearfishing that fit several types of fishers.

Whether you’re a commercial or recreational fisher and whether you intend to use your license for a few days, a year, or a lifetime, the state offers licenses for all needs at different prices to accommodate for different fishers.

And like most states, there are rules and regulations you have to follow in Washington if you intend on spearfishing, although these rules are less strict those other states. For instance, the rules on size limits are very vague in comparison to Florida’s rules.

You’re not allowed to catch nor possess any of the following:

And even when fishing in salt waters, some species you’re prohibited from catching or possessing:

Like Washington, Texas also offers a wide array of licenses for both residents of the state and visitors to pursue spearfishing in both salt and freshwater. You will not need a license if you’re under 17 years of age or are older than 65 years.

You’ll still have to adhere to the rules and regulations for size limits regardless of whether you’re fishing in fresh or saltwater.

And although many fish species are legal to catch, you will not be allowed to catch game fish and those include:

In North Carolina, you’ll also need a license for spearfishing whether recreational or commercial.

A recreational license allows you to catch all finfish for personal consumption and not selling. The only species you’re not allowed to spear are the Red Abalone. Other than that, you’re free to catch whatever fish you may find.

However, if you’d like to sell your catch, then you should opt for a commercial license which will then allow you to trade your catch commercially.

Under both licenses, you’re required to stick to the catch size rules and regulations in the state of NC.

In Hawaii, regulations are a little different than the rest of the states where one can spearfish without a license. However, regardless of that fact, to sell the fish you catch, you’ll need a permit.

Hawaii has grown to be one of the most popular destinations for spearfishing and can offer a lot to both residents and visitors that intend to practice spearfishing. Although restrictions are very lenient in Hawaii, you’re still not permitted to spear fish near or in Marine Life Conservation Areas.

Do you need different licenses for different states?

So where can you get a spearfishing license?

Usually, licenses are obtained through state agents, although an easier and simpler alternative to attaining your license is through dive stores. A license usually costs somewhere between $20 and $60 dollars depending on the state you’re getting it from.

Another option you have to get your license from is on the internet. Many spearfishers are now opting to get their licensing online through various official sources. Not only is this a much easier option that comes with the convenience of attaining your license from the comfort of your own home, but it would also cost the same as it would if you got it through a dive store.

For more on how to get your license and what type of license you’ll need for your state, you can visit https://fishandgamelicenses.org/fishing-license.html

You’re required to keep your license with you whenever you’re out fishing and after when you’re transporting fish so that you can present it to official personnel whenever you’re asked to.

And since the minimum age for using a speargun is 16 years, spearfishing licenses, unfortunately, cannot be obtained by individuals younger than 16 years of age. 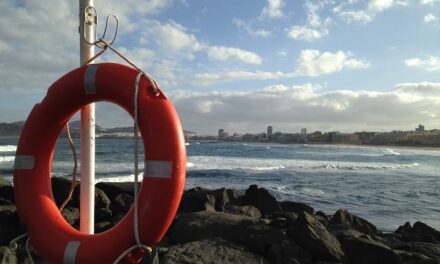 What Is The Main Advantage Of A Type IV (4) PFD? 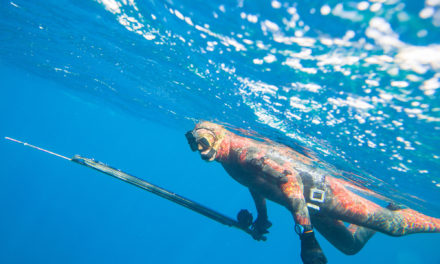 How To Choose The Best Spearfishing Wetsuit: With Top Recommendations 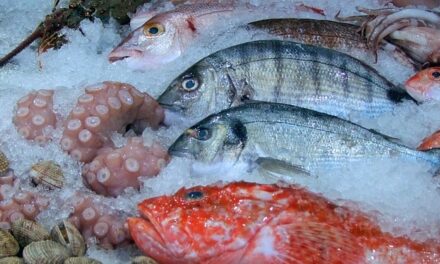