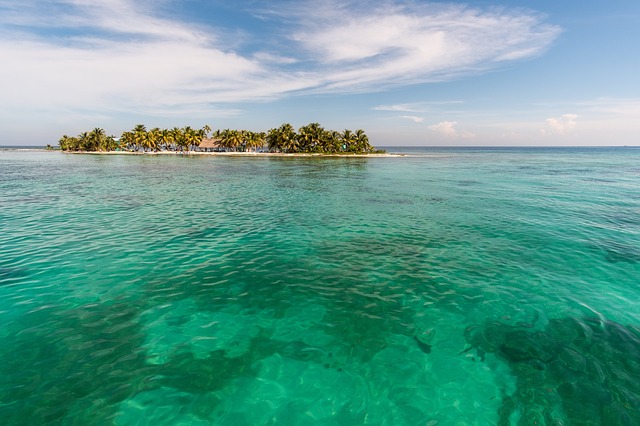 The history of Belize can be traced back to the Maya civilization, which flourished in the region for centuries. The Maya left behind a rich cultural heritage, including many pyramids and temples that remain standing today. European explorers began arriving in the region in the 16th century, and eventually, the area came under British rule. Belize became an independent country in 1981. Today, it is a popular tourist destination known for its beaches, rainforests, and ancient Maya ruins. Belize has roughly 450 plus cayes to explore…wow!

What Are The Spearfishing Regulations In Belize?

Spearfishing is a popular sport in Belize, and there are several regulations in place to ensure both the safety of the fishermen and the conservation of the fish population. All spearfishing must take place within the boundaries of a marine reserve, and fishermen are limited to taking two fish per day. In addition, all fish must be greater than fifteen inches in length, and only certain species can be targeted. These include snapper, grouper, barracuda, and jackfish. Violation of these regulations can result in significant fines, and repeat offenders may have their fishing licenses revoked. As a result, it is important for all spearfishers to be familiar with the rules before heading out on their next expedition. To get the latest regulations checkout – Belize Fisheries Department.

Fish you will find in Belize

There are many different types of fish that can be found in the waters off the coast of Belize. However, when it comes to spearfishing, not all fish are created equal. Some of the best fish to target for spearfishing in Belize include snapper, grouper, and barracuda. Snapper tend to reside in shallower waters, making them relatively easy to target. Grouper are often found in reefs and near drop-offs, making them a bit more challenging to spearfish. Barracuda are fast and agile, making them a thrilling quarry for experienced spearfishers.

Other popular species include tuna and mahi-mahi. These fish are highly regarded for their taste, and they can be found in most parts of Belize. Whether you’re looking for a trophy catch or a delicious meal Belize is a great place to spearfish.

If you’re looking to catch lobster in Belize, there are a few things you need to know. First, head to the southern part of the country where the lobster population is most dense. Once you’re in the area, look for rocky areas near the shoreline – this is where you’re likely to find lobsters hiding.

Can you use a pole spear to spear lobsters in Belize?

Yes, you can use a pole spear to catch lobsters in Belize. The country has a large coastline with many lobster-rich reefs, so pole spearfishing for lobsters is a popular activity among both locals and tourists.

Finally, when spearfishing for lobsters in Belize, it’s important to use a barbless spear tip. This will help ensure that the lobster is not seriously injured and that you can safely release it back into the water after you’ve caught it. With these tips in mind, you’re sure to have a successful and enjoyable experience spearfishing for lobsters in Belize.

Yes, it is possible to spearfish for lionfish in Belize. Lionfish are a top predator and eat a lot of fish, which can disrupt the food chain and reduce the overall health of the reef. The best way to combat this problem is to educate people about the dangers of lionfish and encourage them to remove lionfish from the reefs whenever possible.

What are the best spearfishing Locations in Belize?

The best locations to spearfish in Belize vary depending on the time of year. During the summer months, many divers head to the atolls off the coast of Belize, such as Lighthouse Reef and Turneffe Islands, in search of big game fish. These areas offer clear waters and ample opportunities to spot sharks, barracudas, and other large fish. In the winter months, divers often head to the Barrier Reef for calmer waters and better visibility. This time of year also offers the chance to see whale sharks, which are often found in the waters off Belize. Getting a boat charter will run you about $350 for the day…well worth it. No matter what time of year you visit, there are plenty of great locations to spearfish in Belize.

This isn’t me but check out these guys spearfishing in Belize. They do a good job showing you some of the different types of species of fish in Belize.

Some recommended gear suggestions are below. Here’s also a link to my Recommended Gear page where you can find other useful gear when spearfishing.

Here are a few of my top recommendations, which I found super useful when spearfishing.

Belize is well-known for its rich marine life, and spearfishing is a popular activity among both locals and visitors. The country has a wide variety of fish, including snapper, grouper, and mackerel. Most of the best spearfishing spots are located offshore, but there are also some good spots near the coast. The best time to go spearfishing is during the dry season (November to April) when the water is clear and visibility is excellent. A valid Belize fishing license is required in order to legally spearfish in Belize. licenses can be obtained from the Department of Fisheries or from any of their authorized agents. Whether you’re a beginner or a seasoned pro, there’s a fish that’s perfect for your spear. If you haven’t check out spearfishing in the Bahamas. Another great place in the Caribbean to spearfish.

What Are The Best Spearfishing Boats?
The Only Spearfishing Gear Guide You'll Ever Need
Best Full Face Snorkel Masks: Reviews and Buyer’s Guide