Spearfishing in the California Channel Islands 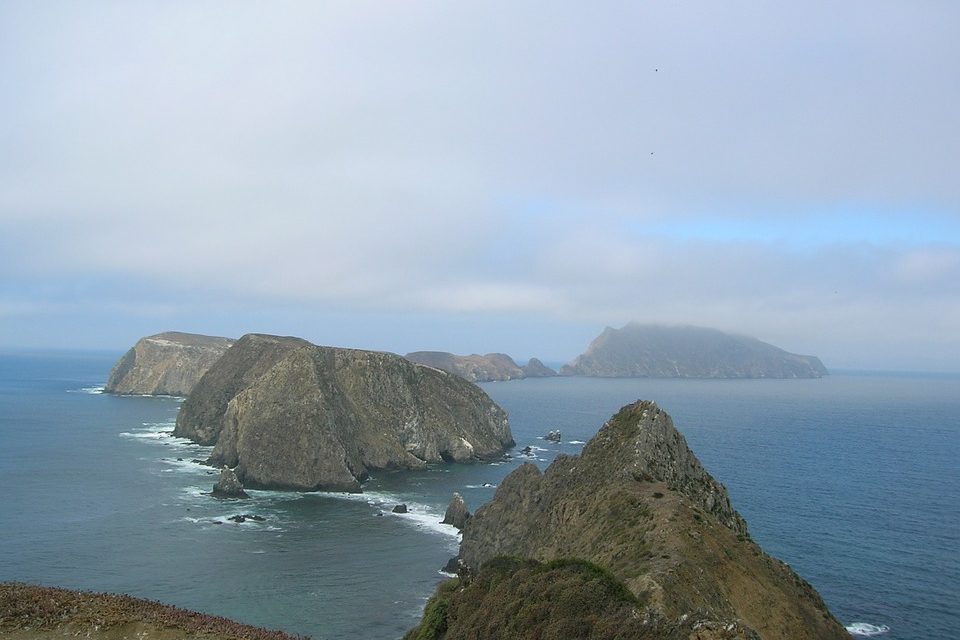 The Channel Islands of California have a rich history and untouched natural beauty. Consisting of five islands, this archipelago doesn’t look so different from when it was first inhabited by the area’s Chumash Indians nearly 10,000 years ago.

Channel Islands National Park Service and the Nature Conservancy have been working together for decades to restore the park’s elegance and beauty. It is these efforts that have led to the restoration of native plants and protection of unique species like the famous island fox.

Lay of the Land

As already mentioned, the Channel Islands is made up of five islands. This island chain extends about 240 km off the Pacific coast of southern California. The islands can be classified into two groups.

The first is the Santa Barbara group, which extends to the north. It is separated from the mainland by the Santa Barbara Channel and consists of islands such as San Miguel, Santa Rosa, Santa Cruz, and Anacapa.

The second group is Santa Catalina which is divided by the San Pedro Channel and the outer Santa Barbara channel. It includes these islands: San Nicolas, Santa Catalina, and San Clemente.

The islands have different sizes. The biggest is Santa Cruz, which covers an area of about 98 square miles while the smallest is Anacapa. The Anacapa islets cover only 1 square mile.

However, the chain of five islands that are most recognized are Santa Cruz, Santa Rosa, San Miguel, Anacapa, and Santa Barbara.

The fishing season in most areas of the Channel Islands starts on 1st March. The two-month closure, which happens in January and February, was set up to protect one of the most precious marine life during their spawning time- the Rockfish.

The fishing of Rockfish species is outlawed during these winter months, and it has been a successful venture so far.

But fishing in California is not entirely closed during winter. The only problem is that during this time, there’s not much else you can catch except for the treasured Rockfish. This is why most fishermen consider the season closed.

During the two-month closure, most fishermen spend their time doing maintenance and repairs in preparation for the opening day. On the opening day, thousands of fishermen turn up, hoping to kickstart a long and exciting fishing season.

Whether you’re an amateur or have years of experience spearfishing, one of the things you should familiarize yourself is the species of fish you’re likely to find in the Channel Islands. Here are common types of fish and the best spots to find them.

This is a species of fish in the Sebastidae family. You’re likely to find rockfish in the intertidal zone (the area of the shoreline that remains exposed to air during a low tide and then covered with seawater during a high tide)  to nearly 9,800 feet deep.

There are more than 100 species of rockfish across the globe, and you can find at least 56 of these in the Southern California fishing grounds.

The fishermen living in the Channel Islands are experts at finding the areas where these fish congregate. Once they find the ideal spots, they strategize so they can enjoy optimal access to the strike zone.

Another highly-prized species by line anglers and spearfishermen alike is the white sea bass. To catch this species, you’ll need to find the best spots and fish at the right time. Usually, the fishing of this marine life starts in spring with March being the best month to catch the highest number of white sea bass.

As for finding the right spot, you stand a higher chance of catching white sea bass if you fish around squid grounds. Dive to sand and mud bottom areas at 90 to 120 feet of water since this is where the prey goes to spawn at night.

And while squid grounds are very common in the Channel Islands, the best places to focus on are: 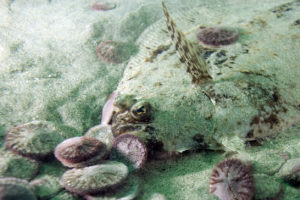 The Halibut is a popular type of flatfish. The strangest thing about this species is the position of their eyes, which are oriented on the same side of their head. Initially, they’re born with eyes on either side of their head. But at some point- usually, after about six months – one eye makes its way to the other side of the head. Since both eyes now face the same direction, they start swimming on their side.

These fish spend the greatest part of their lives at the bottom, trying to blend in with their aquatic environment. Therefore, you have a better shot of catching this fish if you dive below the surface of the ocean.

The sheephead is a very unique species of fish. They start out as females and later on became males at the age of 6 to 8 years. Strange, right?

They prefer to live in rocks found 60 to 200 feet underwater. Plus, they can live for up to 20 years, attaining a maximum weight of 40 lbs. Sheephead are also known for their massive, protruding teeth, which they used to crush mollusks, crustaceans, and hard shellfish.

The ideal spearfishing spots for Sheephead are shallow to mid-depth waters. Given their preference for rocky areas, you should invest in a bigger speargun especially if you want to target bigger-sized fish. 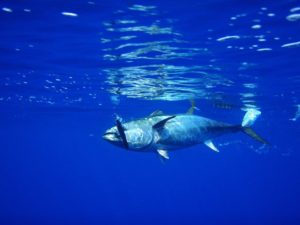 Another popular targeted game fish is the yellowtail. Classified in the amberjack family, this fish ranges in size from 5 pounds to up to 40 pounds.

A distinct characteristic of the yellowtail is that they love structure. This explains why they head to reefs, wrecks and kelp beds if you try catching them using your speargun.

Migratory yellowtail can be found in all the Channel Islands. But in recent years, they’ve been found in great numbers in Santa Catalina Island. This can be attributed to El Niño, which brings with it warm waters and numerous schools of red crabs.

Now that we’ve highlighted the most common types of fish you’re likely to encounter, we’ll look at essential equipment you should invest in.

The most important of these tools is a speargun. When using a speargun, you have the option of using it with a reel or floatline. Each option has its own pros and cons.

The greatest benefit of choosing to reel is freedom. You no longer have to drag the float line and float. You also don’t have to worry about the float line getting tangled in rocky areas.

Using a speargun with reel is also beneficial when you want to catch more fish. To catch more fish, you have to get to an area with more fish first. This means optimizing your time on the bottom and in the perfect fishing spots.

The easiest way to do this is to use a reel. This way, you can focus solely on locating areas where your fish might be parked rather than worrying about where your float is.

This is not to mean that using spearguns with float lines is a bad idea. It has several advantages as well. For one, using a float line leaves a trail; thus, notifying boat drivers of your presence. This prompts them to reduce the speed of their watercrafts so as to prevent collisions.

Float lines are also pretty handy in spearfishing as they enable you to get to the surface while still holding on to your fish. They also make it easy to retrieve your speargun from the bottom of the ocean.

Whether you like to spearfish or angle, you MUST have California state fishing license that is valid to fish in the Channel Islands. You must adhere to all California Department of Fish and Game regulations. Furthermore, you’re not allowed to fish in the 12 Marine Protected Areas around these islands.

Also important to note is that with the exception of spearfishing gear, all other kinds of fishing equipment are not allowed aboard water vessels or non-motorized watercraft while diving or spearfishing.

Lobster Diving in the Channel Islands 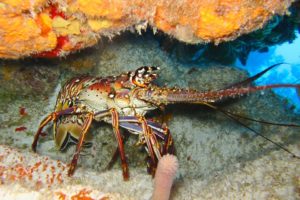 Fish aren’t the only aquatic animals you can catch in the Channel Islands. The locals also like to catch the renowned California spiny lobsters.

One point you should keep in mind is that you’re only allowed to catch these animals by hand. In other words, you cannot use hooks, prods or spears to catch lobsters. While this makes things a little hard, the challenging part of it makes this activity somewhat thrilling.

So what are the best grounds for these creatures? Well, lobsters like to inhabit areas that are well over 100 feet. They also like to roam along reefs.

Five islands off the California coast make up one of America’s best spots for spearfishing- the Channel Islands. Fishermen arrive on all sorts of watercrafts ready to hunt both small and big-sized species of fish.

However, there are a few things you should know before heading out to the Channel Islands to spearfish. One, you must possess a valid fishing license from the State of California. Two, you should comply to all the regulations set by the California Department of Fish and Wildlife. And lastly, you’re not allowed to fish in the marine protected areas that surround the islands. 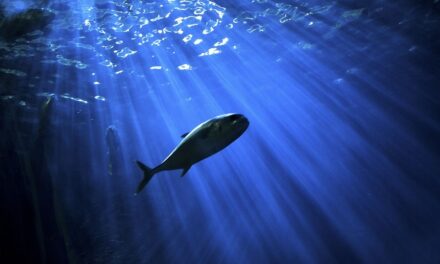 Spearfishing vs. Line Fishing: Which One Should You Consider? 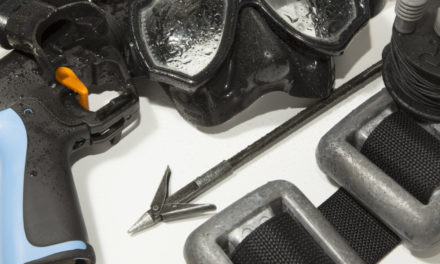 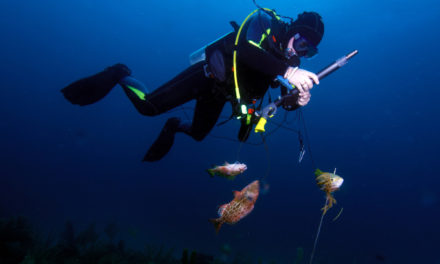