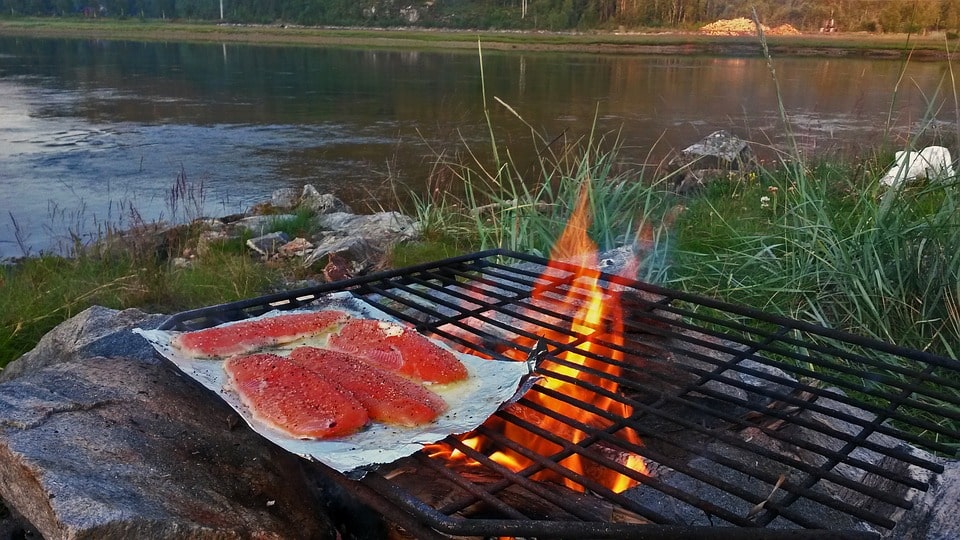 If you’re going on a fishing trip soon, you’ll want to have a grand lunch afterward. No fishing is complete without eating the fish and enjoying its fresh, sweet taste!

You don’t want to get tricked into bad-tasting fish, though. Take a bite of smallmouth bass, and you’ll know what I’m talking about.

Walleye can easily win as the best-tasting freshwater fish, but it all boils down to your personal taste. It’s marked as the best because its taste is subtly sweet with no fishy tinge. So, if you don’t like to get overpowered by the fishy flavor, you’ll love the taste of walleye.

When made into fillets, the fish has a fine flaky texture that delves in your mouth like a sweet memory. It’s firm yet soft enough to stick to your mind.

It’s worth mentioning that walleye are hard to catch, though. They mostly stay in the deep waters, refusing to go up. You’d be better off fishing for them in the early morning.

Bluegill tastes remarkably good with the least effort. After you catch the fish, gut it, scale it, and behead it. Afterward, fry it in a pan with minimal seasoning, and have a divine meal for the day. You can grill it if you’d like, but the flaky, white flesh on its body tastes better when fried.

Bluegills are an incredibly easy catch. You can find them in abundance in most water bodies, but you may miss them because of their small size. The blue color on their gills should make them easily recognizable, though.

While most freshwater fish have white meat, catfish are a bit on the yellowish side. That doesn’t mean they’re any less delicious, though.

You can catch these fellas in any inland or coastal waters—except if you’re in the Arctic. In that case, have fun with polar bears!

You can fry catfish for a fun meal, or you can broil them, but it’ll be a bit challenging to balance their taste using spices. They have a distinct taste—a ‘fishy’ one if that makes sense.

If you’re allowed to keep largemouth bass in your area after you catch it, you’ll have one grand lunch for the day. It tastes as delicious as bluegill fish, but it has a more fishy tinge to it. The fishy taste is actually the reason many people aren’t fond of it, but I think it’s a reason it tastes so good.

Largemouth bass has white meat, and its texture is a bit watery. No thanks to its large size, you’ll have to fillet it before you can cook it in any way you prefer.

Trout sure tastes delicious—maybe even more delicious than most freshwater fish on this list, but have fun catching it!

Try to opt for fresh trout if you want the best taste of it. Once you catch it, run the fire and smoke it or grill it. It’ll taste excellent once it’s out of the water. Generally, smoking trout is the best way to get a good taste out of it, whether it’s brown, rainbow, or brook trout.

If the trout is small, though, it’s better to pan-fry it.

Pro tip: trout flesh with a pinkish or orange tint tastes the best. When you clean the fish after catching it, check for these colors.

If you’re not familiar with the word sheepshead, you may know the fish better as the freshwater drum. It’s best known for its shellfish-like taste. It has a sweet undertone, and it’s mostly delicious with a high nutritional value.

The fish’s meat is a bit flaky, yet tender enough to dissolve in your mouth. Most people who eat it believe it tastes like shellfish when cooked.

The best way to eat sheepshead is by making it into fillets, but if you want to do so, you’ll need to ice the fish once you catch it.

White bass is one of the most common fish in lakes and rivers, and it’s a moderately-sized fish. Most white basses weigh around one pound each, but some rare fellas can reach up to four pounds.

You’ll want to fillet the white bass before cooking it because it has a dark red stripe running through it. Afterward, you can cook it any way you prefer—broiling, baking, or pan-frying.

Crappie is an incredibly versatile freshwater fish. You can fry it, bake it, or grill it, and it’ll still taste delicious. Not to mention, the prestigious fish is well-reputable, thanks to its omega-3 content.

It protects against degenerative diseases, and it prevents memory loss.

But putting that aside, the fish is particularly well-known for its soft white meat—kind of similar to bluegills.

If you catch small crappies, you can grill them whole in the oven. Meanwhile, larger ones are better off being fillet. In all cases, you’ll have a meal you’ll remember.

Perch fish has a firm, white meat, but its texture is a bit crumbly. It tastes sweet and a bit similar to walleye.

In North America, you’ll mostly catch yellow perch, which has no fishy odor that’ll throw you off. Its flesh will be a deep pink color when it’s still fresh, and it’ll have a high moisture level. Some people say it tastes similar to sea bass, but I like to believe it tastes better.

As you can see, there is plenty of fish in freshwater that taste good. My personal favorite is walleye, but people also absolutely love trout and bluegill.

It depends on your personal preference. If you’re not a fan of the overwhelming fishy taste, you’ll love the walleye just as I do.