Many things are synonyms to Florida, including beaches, hot weather, and, guess what, the vibrant marine life. The shores of this beautiful state thrive with different sorts of sea creatures that you may be curious to know more about.

One of the most remarkable fish species that many fishermen look forward to catching is the Cubera Snapper. But, what’s a Cubera Snapper, and what makes it so special? Is it good enough to base your dinner on it?

We’re about to find out!

What Is a Cubera Snapper?

The Cubera Snapper is a species of snapper fish that’s native to the western Atlantic ocean. This large fish can be found from Nova Scotia all the way to the Amazon River in Brazil, and it lives in the Caribbean Sea as well.

Because the Cuberas are probably the biggest in Florida, a lot of people take pride in catching them. But before we learn more about how to capture a Cubera, let’s become more familiar with its appearance, eating habits, and behavior.

Cubera Snappers, also known as Cuban Snappers, have an appearance that’s hard to miss. The kings of the snapper family are famous for their dark brown or gray colors. Sometimes, their hue borders on red, and you may find pale bars on their sides.

In addition to that, you’ll find that their scale pattern is larger than most fish types out there.

Another distinctive physical feature of these beasts is the triangle-shaped tooth patch. What makes Cuberas even more unique is their thick, heavy lips that cover strong and pointy teeth.

These canine teeth are present in both jaws. When the fish’s mouth is closed, you may still see a pair of these sharp teeth visible.

As we previously mentioned, Cuberas are considered big compared to other types of fish. They can weigh up to 125 pounds, although the majority of them tend to weigh around 40 pounds.

Wondering about the length of Cuberas? You may be surprised that they can be as long as 30 inches. Imagine catching a fish that big. Pretty impressive, right?

Now, where are you more likely to find these magnificent creatures?

Coming across Cubera Snappers is never a coincidence since they’re rare to find. As a result, catching one can require advanced fishing skills and top-notch equipment.

Still, if you want to increase your chances of finding a Cubera, you’ll have to start with knowing precisely where to look.

This fish usually dwells on the deeper reefs or wrecks. Their favorite places to stay are typically between 120 and 250 feet deep, and they prefer rocky structures.

What’s better yet is that they head straight to the shallows in the mating season, which gives fishermen the chance to catch them.

The behavior of this mighty fish is quite fascinating if you ask us.

From May to August, Cubera Snappers will get together in huge numbers, at shallow offshore spawning sites. Also, they can be found near outer reef slopes and sandy drop-offs. So, what happens next?

At these convenient spots, more than 10,000 snappers gather to start their reproduction cycle. It all starts with the females releasing their eggs to the sea, and these eggs quickly turn into larvae within 24 hours of fertilization.

Of course, these vulnerable young snappers can sometimes be a feast to other marine creatures, especially sharks. This is why the majority of these younglings seek protection among seagrass beds. Sometimes, they’ll even enter freshwater.

When these survivors find their way to adulthood, they’ll normally move offshore to live in reef habitats.

Cubera Snappers are the biggest of their kind, that’s why it’s natural for them to feed on many types of sea creatures. These powerful beasts like to prey on fish, shrimp, crustaceans, and even crabs.

What’s pretty impressive about a Cubera Snapper is that it will sometimes get into fights with larger fish. And, using its lethal teeth, this fish wins most of its brawls. That’s a tough guy not many fish will want to mess with!

Still, that doesn’t mean that Cubera Snappers are at the top of the food chain. They can be prey for larger fish as well, such as sharks, barracuda, and moray eels.

Can You Eat a Cubera Snapper?

According to those who tried it, a Cubera Snapper can be quite delicious when you cook it. With its firm white meat, you can prepare it using many ways, all of them resulting in a nice meal.

However, the larger snappers tend to be a bit tougher on the inside. Plus, they have huge scales that you’ll need to remove carefully before cooking them. But not to worry, big snappers can be as tasty as smaller ones.

Yet, there have been some concerns regarding eating this fish because it has been reported to trigger ciguatera poisoning. This type of poisoning can cause nausea, vomiting, and other unwanted symptoms.

As a result, some people think this fish isn’t fit for human consumption, while others think it’s okay to eat as long as you’re careful. Still, what makes a lot of people passionate about capturing this fish if not for culinary purposes?

See, many fishermen like the challenge of catching Cubera Snappers since they can be hard to control. For instance, these stubborn fish will head straight for any nearby rocks when they feel threatened. Not to mention that their initial escape run is very powerful.

Therefore, trying to capture these fish has turned into some sort of sporting event amongst the most skilled of fishermen.

Now, if you’ve ever wondered about the right way to ensnare this sneaky fish, it’s time to learn it.

A Step-By-Step Guide on Catching a Cubera Snapper

When fishermen are determined to take a Cubera Snapper home, they’ll usually follow these steps.

Step 1: Know Where and When to Look for Cubera Snappers

As we mentioned before, snappers will gather in thousands closer to the coast from May to August. This is your best shot at capturing one.

The next step would be to aim for a rocky structure in 150 feet or less of water. Once you head there, take a look at your fish finder to see if any snappers are around. If you one, it’s time to drop the bait.

The best bait for Cubera Snappers is large, live fish. You can go for Skipjack Tuna since many fishermen swear by it. When you use this live bait on a hook, it’ll conveniently swim down right to where the snapper is.

If you can’t bring live fish to your adventure, you may use chunks of fresh dead fish instead.

As for the lures, it’s always a great idea to aim for big metal jigs. Going for anything less won’t be a match for the strength, speed, and weight of a Cubera Snapper.

Larger snappers are drawn to live baits. So, if you come across an especially big fish, you can throw a bait right at the spot where you suspect it’ll show.

On the other hand, if you’re using a lure, things can be more tricky. In this case, you’ll have to set the hook, then start pulling immediately before the hooked fish struggles further. If you wait for too long, it might drag your boat to the rocks.

When using a fishing bait, you must give the fish the chance to eat at it for a while. Just pay attention not to leave it longer than you should so that the fish won’t escape.

Without a doubt, this large and strong fish won’t be affected by light-tackle fishing. Because it usually weighs up to 30 pounds, if not more, using light equipment will have it escape in seconds.

Plus, because this fish is super fast and tends to hide in the rocks when hooked, your flimsy gear will suffer through it all. Therefore, your best approach is to go for heavy-tackle fishing to endure the might of this beast.

Take out your heavy-duty rods, big reels, and the strongest lines you have. A lot of fishermen recommend using braided lines that can weigh up to 80 pounds. Naturally, you’ll also have to use large hooks and rigs.

Also, you may need to lock the drag down for good measure.

To Wrap It Up

Now that you’ve read our article, we hope that you’ve learned everything you need to know about this remarkable fish. With its unique physical features, eating habits, and behavior, you won’t forget about this fish any time sooner.

While Cubera Snappers are a pain to catch, it’s not impossible to capture them. With the right fishing skills, equipment, and baits, many fishermen have managed to get hold of these powerful beasts.

Just make sure that the snapper doesn’t pull you into the water as it escapes to safety! 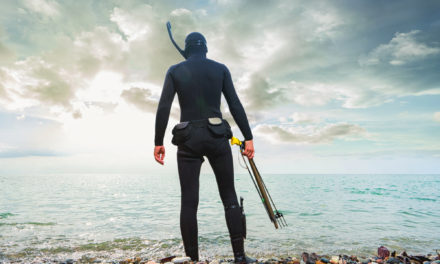 Who Makes the Best Spearfishing Shafts? 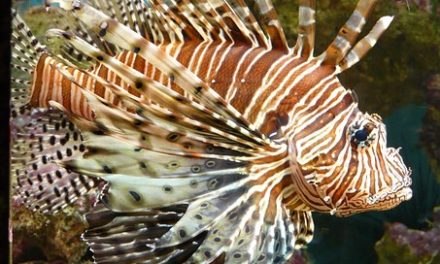 How To Hunt For Lionfish [A Beginners Guide To Lionfish Hunting]