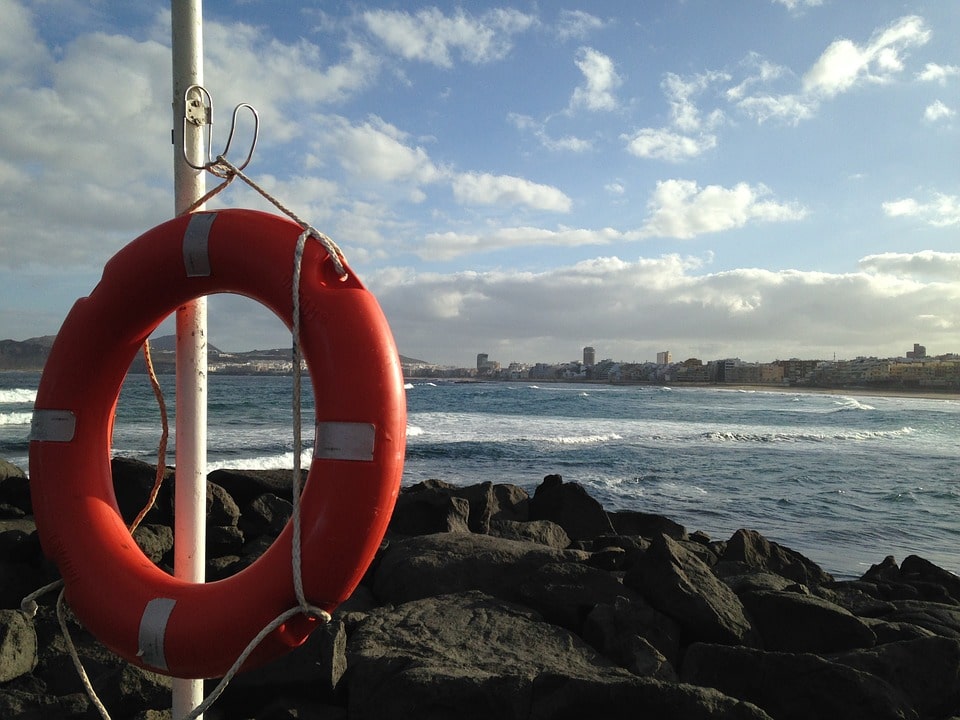 A PFD or a personal floatation device is a vest or a jacket that protects the wearer from drowning in a body of water by keeping them afloat. Having a PFD is a US Guard requirement when you’re on a marine vessel, and it’s crucial for your safety and peace of mind.

Since there are several types of PFD on the market, finding the right one can be a little challenging. A type IV PFD is a popular choice because it’s versatile enough to be used in several situations.

So, what is the main advantage of type IV (4) PFD? And do you really need it? Keep on reading to learn more about it.

PFDs are divided into five different types that are used as safety equipment on a recreational watercraft, but type IV is a special one. Unlike other kinds of PFD, type 4 is a throwable device and not a wearable one.

Choosing the right PFD means that you need to make sure that it fits snugly to provide the required buoyancy when someone accidentally falls into the water. As a result, you need to be aware of everyone’s chest circumference because the PFD should provide a snug fit.

This also means that there might be a problem when you’re choosing a PFD for a female, where there should be more room in the bust area. At the same time, finding a PFD that fits an infant or a kid might be even trickier.

This is where type IV PFD comes in handy. It can be used in several emergency situations because anyone can use it, regardless of their age, weight, size, or height. Although it doesn’t take the place of a life jacket, it can keep a person afloat if they can hang onto the device.

According to the US Coast Guard, PFDs are divided into two different categories, wearables and throwables. PFDs types I, II, III, and V all belong to the wearable category because they resemble jackets or vests that people can wear in case of danger.

Type IV PFD is the only type that belongs to the throwable category. When someone is in danger, it can be thrown into the water to help with rescuing them.

What Is a Type IV PFD Made Of?

A type IV PFD is made of a buoyant material to provide the needed floatation for anyone using it during an emergency. It can be used by an adult or kid by keeping their head above the water.

What is the Main Advantage of a Type IV (4) PFD?

Although PFDs serve the same purpose; keep the person afloat, type IV is different and has several advantages that set it apart from the rest.

This is the main advantage of using a type IV PFD because other types need to provide a snug fit, or the person using them won’t be able to stay afloat, or they’ll be too uncomfortable to wear. Regardless of their age, weight, size, or height, anyone can use a type IV PFD by simply holding onto it.

Other PFDs come in different sizes, so you need to measure the chest circumference to make sure that your PFD is a good fit. For women, the PFD should have a specialized design to accommodate a female’s body. You won’t face this problem with a type IV PFD because it’s not designed to be worn, which makes it more versatile.

Nevertheless, the presence of type IV PFD doesn’t cancel the need for fitting life jackets or other types of PFDs. As a matter of fact, there are several situations where a type IV PFD shouldn’t be used, and we’ll discuss them below.

Another benefit of this PFD is that it can be used as a location marker. A man overboard situation happens when one of the crew members of the passengers of a watercraft falls into the water. In this situation, throwing the PFD into the water can help with the rescuing process.

The PFD usually comes in a bright color and is thrown in the position where the person was last seen or where you think they fell. Then, when the boat operator moves through the water looking for the fallen person, the type IV PFD will help them avoid going in circles.

Using a type IV PFD will help the boat operator determine the direction of the current. It will also help narrow down the search area.

The ring-type of the IV PFDs is towable, and this means that it can be attached to a rope, whether it’s in use or not. So, if someone fell into the water and you happened to throw the PFD to them, you can throw it with a rope attached into the water and use the boat to tow the person.

Using this feature makes rescue missions easier and more successful. It also eliminates the need for more people jumping into the water, especially when the water is too cold or no one on board knows how to swim.

Even if someone knows how to swim, swimming to rescue someone and drag them back to the boat can be extremely exhausting for the rescuer. In this case, two people might be in danger, and not just one. Some type 4 PFDs come with throw lines as a package, but in some cases, you’ll have to attach the throw line or rope by yourself.

What Are the Rules Regarding Using a Type IV PFD?

There are several rules that govern using a type IV personal floatation device on your water vessel.

A type IV PFD is a throwable floatation device that is tossed in the water towards a person who has accidentally fallen off a watercraft. Its main advantage is that it has no size restrictions because it’s not a wearable device, so anyone can use it, regardless of their age, size, weight, or height.

It also has other advantages because it is towable and can be used as a location marker during rescue missions. But, this device shouldn’t be used if the person in the water is too exhausted or unconscious because they won’t be able to hold onto it.

Best Underwater Metal Detectors: Reviews and Buying Guide
How Do You Free Dive Without Your Ears Hurting?
How To Hunt For Lionfish [A Beginners Guide To Lionfish Hunting]